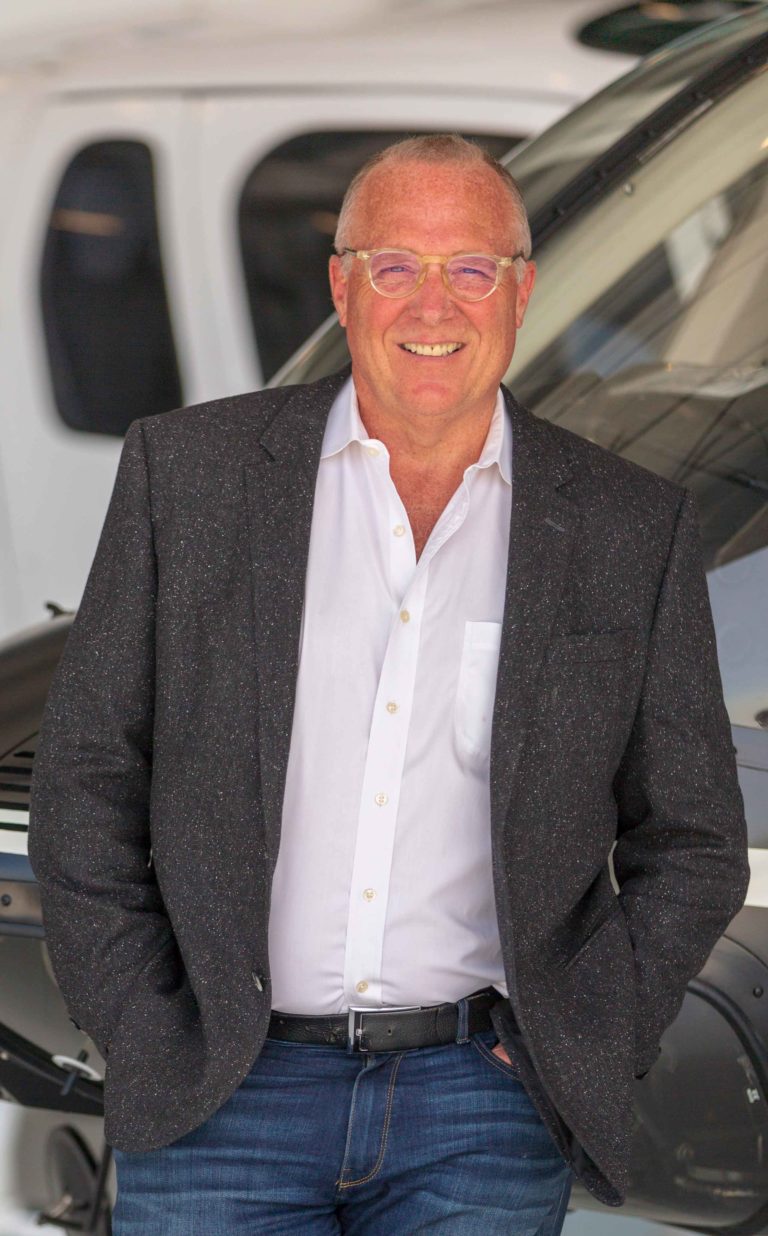 Max’s passion for flight began as a teenager while working for Evergreen Helicopters. A fourth-generation logger, Lyons first encountered the helicopter industry in 1974 as an equipment operator, climber, choker setter, and hooker underneath a Sikorsky S-64 Skycrane, before embarking on a solo trek around Europe, Africa, and Asia. Upon his return to the United States, he became involved in the traditional Japanese martial art of Aikido, which he continued for 25 years instructing and managing Aikido dojos in Portland, Oregon. During that time, he worked for a Japanese carpenter learning construction and opened his own construction company.

In 1983, Lyons started flying helicopters as a hobby, and joined Hillsboro Helicopters as a professional pilot in 1988. He is dual rated in helicopters and airplanes, including commercial instrument helicopter, single and multi-engine airplane, instrument airplane and multiengine seaplane. Lyons’ experience includes flight instruction, aerial firefighting, search and rescue, offshore, aerial survey, and an array of utility operations. With a passion for and history with the Asian culture stemming from his time in Aikido, Lyons pioneered Hillsboro Helicopters’ first introduction to business partnerships in Asia, developing and managing the company’s foreign student pilot program.

In 1992, Hillsboro Helicopters sold to Ed Cooley, a Harvard Business School graduate and former CEO/Chairperson of Precision Castparts. Cooley mentored Lyons through a promotion to General Manager and Vice President responsible for operations. Together, Cooley and Lyons took the previously pilot-owned school into the world of business philosophy, implementing large company practices rooted in a relationship-first philosophy.

Over the following two decades, Lyons grew Hillsboro Aviation to become an internationally recognized brand. The company grew to over 285 employees and 90 aircraft, conducted business with customers from over 75 countries, and became one of the largest privately held flight training schools in the world training thousands of students. Hillsboro Aviation’s sales and service division grew into an organization representing over 55 of the aviation industry’s leading manufacturers and suppliers selling over 1,000 aircraft since 1980.

In 2014, Lyons sold the flight training division to a group of education-focused investors. The strategic sale of the flight division allowed the company to shift its sole focus to its contract & charter, sales, and service divisions, thereby expanding its service offerings, international reach, and customer experience.

In 2016, the company unveiled its state-of-the-art headquarters complete with 32,000 square feet of hangar space and 19,000 square feet of office space. In 2017, Hillsboro Aviation received the Varco Pruden Hall of Fame “Best of Category” award for transportation in recognition of excellence in design, quality of construction, and green sustainability.

Today, the company offers complete helicopter and airplane services comprised of five divisions: contract & charter, aircraft sales & management, service center, FBO, and parts sales. Serving domestic and international markets in the government, commercial, and private sectors, it operates a fleet of turbine helicopters and airplanes for a diverse group of missions out of its award-winning headquarters at the Portland-Hillsboro Airport.

Lyons continues to serve as owner and CEO of Hillsboro Aviation. He has held positions as Chairman of the Board for Helicopter Association International; Board Member for Portland Community College Foundation; Board Member for Hillsboro Aero Academy; and owner of Lyons Aircraft Leasing and Lyons Properties.

Max is an avid traveler, pilot, and family man. When not at work, you can find him flying his 1953 Beaver or his Lockwood Aircam in the San Juan Islands, fixing up his 1938 Indian, and spending time with his wife, Carol, of 36 years, daughters, and Australian shepherd, Quinn.