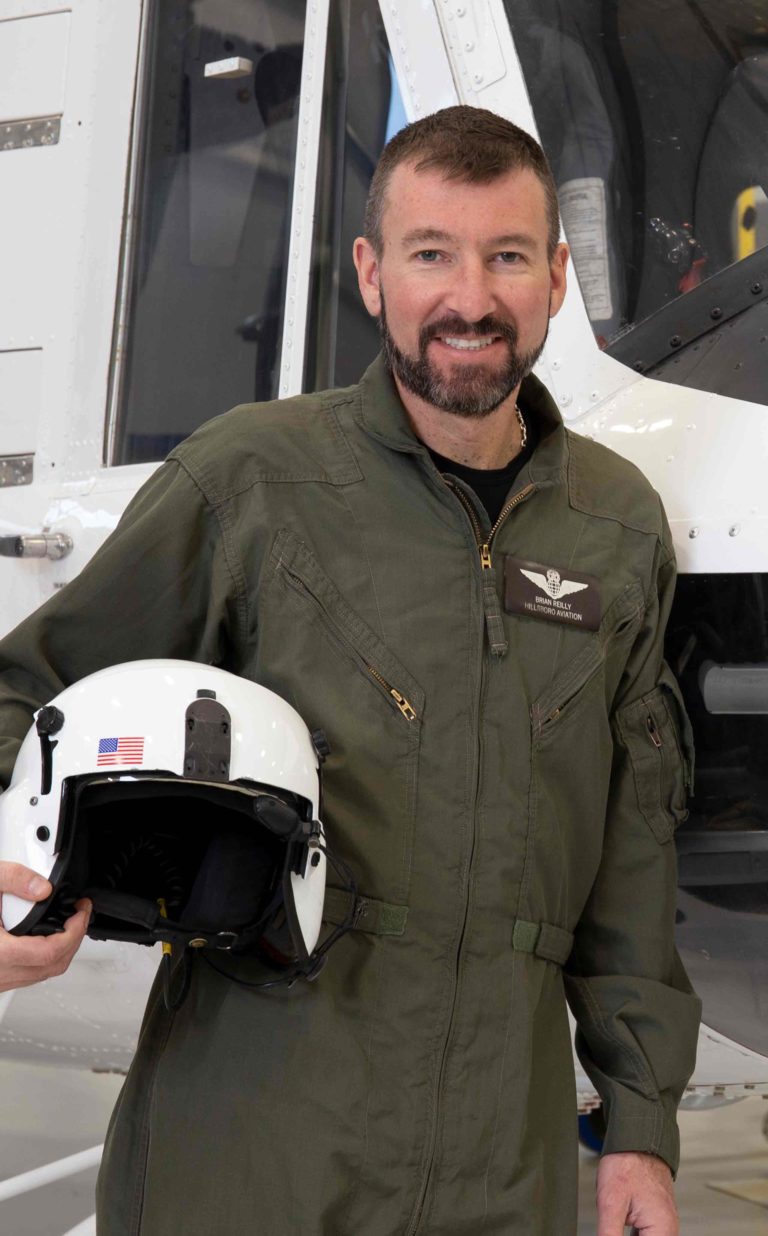 Brian joined Hillsboro Aviation in 2007 as a helicopter student in the flight training division where he earned his CFII. He spent time as a tour pilot in Nevada before returning to Hillsboro Aviation as a pilot in the contract and charter division. In 2018, Brian was promoted to Chief Pilot.

Brian holds a culinary degree from the Baltimore International Culinary College and loves dirt bikes, motorcycles, skiing, running, and, most of all, his kids.