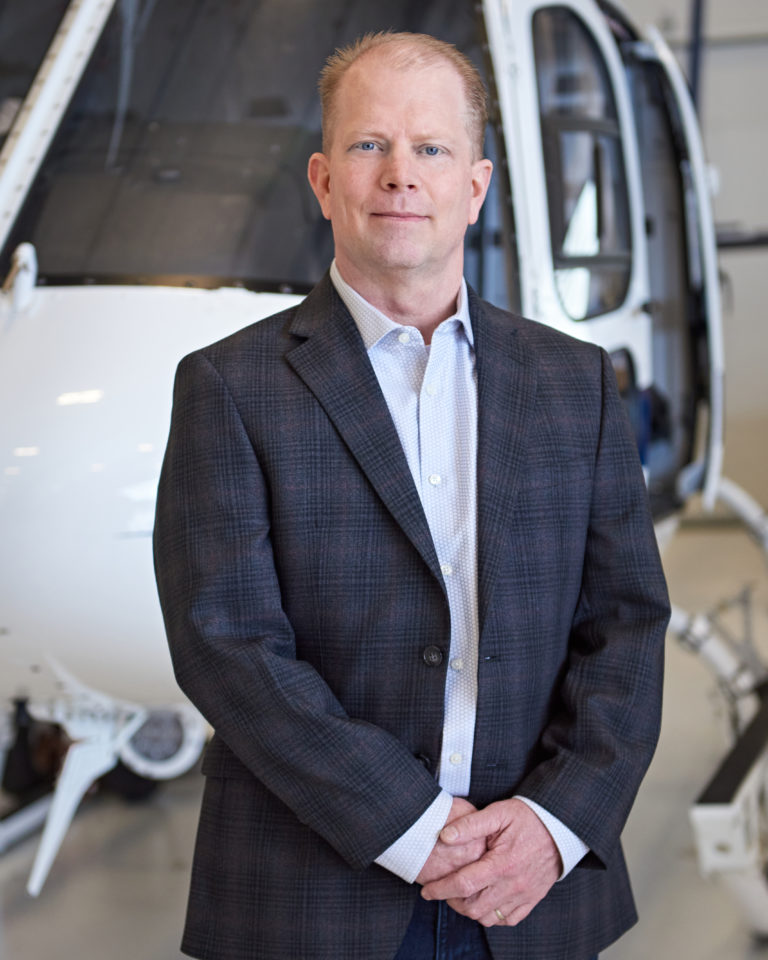 Mike joined the Hillsboro Aviation team in 2022 as the Senior Director of Contract and Charter overseeing the department’s business development, sales, and operations.

Mike is a private fixed-wing pilot and holds both an A&P certificate from Colorado Aero Tech and an Inspection Authorization. Mike’s first job out of A&P school was with a single MD500 operator that took him to Mississippi on a seismic project, followed by a Christmas tree harvest in Oregon. The following year, he joined a start-up utility helicopter company (Winco Powerline Services) specializing in powerline construction and maintenance. In his nearly 30 years with Winco, Mike’s experience spanned everything from field maintenance to line work and management. In 2006, he was promoted to Winco’s Vice President and Chief Operating Officer, where he remained before joining the team at Hillsboro Aviation.

A father of five, Mike enjoys traveling with his wife and exploring the food scene. He is also a field judge in the Big Sky Conference with NCAA Football Championship Subdivision (FCS).