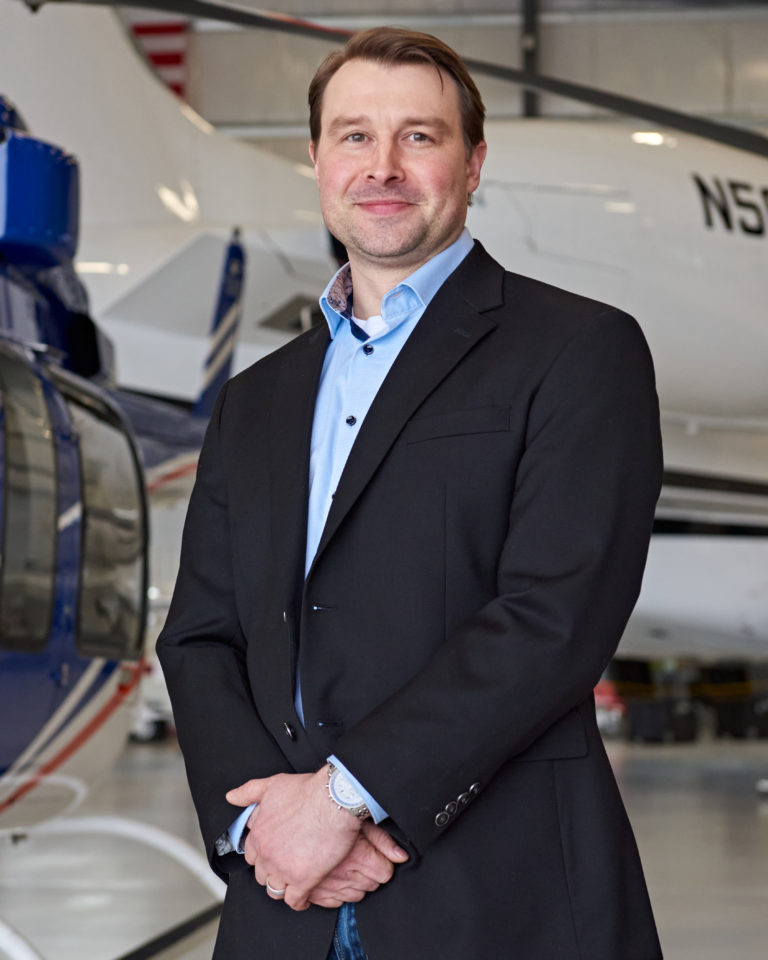 Blake first got into aviation at the age of 15 by leasing his family farm’s property to a helicopter air tour operator, who in turn taught him to fly a Hiller FH1100, Bell 206, and Robinson R-44. Blake later enrolled in Hillsboro Aviation’s (former) flight training division. He holds both CFI and commercial helicopter ratings, in addition to his A&P certification. He’s also served as an FAA Part 135 Director of Operations and Chief Pilot and specializes in precision and production longline operations. Prior to joining Hillsboro Aviation, Blake cofounded a Part 135 charter operation in Hawaii before pursuing a career as an Alaskan bush pilot. As the most active government wildlife operator in the United States, Blake captured over 9,000 animals for wildlife conversation efforts.

In his free time, Blake enjoys spending time with his family. He builds and plays his own guitars and is a hunter, horseman, motorcyclist, world traveler, and wildlife conservation enthusiast.